I love pre-Christmas breaks; taking a bit of time out of the madness of December to do a little wandering. This year, with Will’s 30th Birthday coinciding with an unavoidable trip to the north of Scotland for his work, we decided that the best way to make sure he wasn’t spending his birthday weekend recovering from the working week or on a sleeper train was for me to meet him half way (well sort of), in Edinburgh.

We managed to get trains that both got into Waverley at around the same time on the Friday, and we’d been lucky enough to get a good deal on a hotel with a pool, the Sheraton Grand, so splashed and sauna-ed for a bit before heading out to dinner. I was particularly pleased to have finally made it to Edinburgh, as I this was my first visit to mainland Scotland, which is really pretty shocking at the age of 28 and only living five hours away by train.

Being December, it was a little chilly, so most of our activities over the weekend had a decidedly indoor flavour, but here is a little round up of what we did, ate and drank. It’s such as lovely city though – we will be back; I’d love to come for the Festival in the summer. 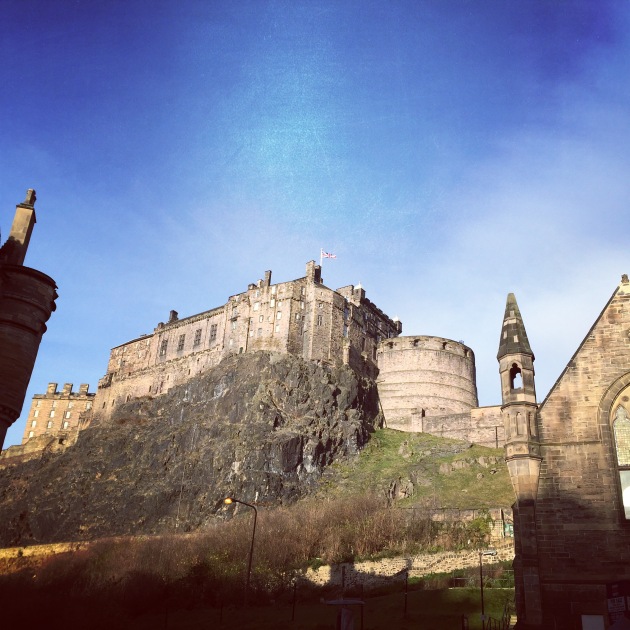 The Castle. We headed for the Castle first thing after breakfast on Saturday, had a wander round then waited to see the one o’clock gun go off. I tried to take a picture of this, but underestimated just how loud it would be, so when the gun went off I completely lost my head and gave the biggest jump and squeal and fell over a little bit. I managed to get a very blurred photo of a whiff of smoke and Will didn’t stop laughing at me for about five minutes.

Getting scared by loud guns or not, I would really recommend visiting the Castle. I am a big fan of castles generally, and Edinburgh Castle is genuinely one of the best I’ve been to; it’s quite unique in that it still feels very much part of the city rather than just a tourist attraction, even more so than the Tower which I guess is the equivalent building in London. 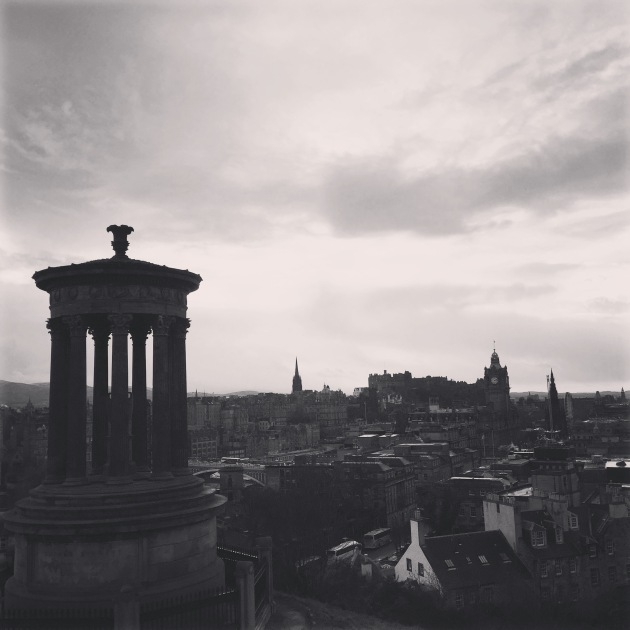 Carlton Hill. I think everyone has one iconic image they link with famous cities – Big Ben, the Eiffel Tower etc. and the view from Carlton Hill was the one I pulled up when I thought of Edinburgh. It’s a really quick little walk (we didn’t feel energetic enough for Arthur’s Seat – next time) from the New Town and the views are stunning. 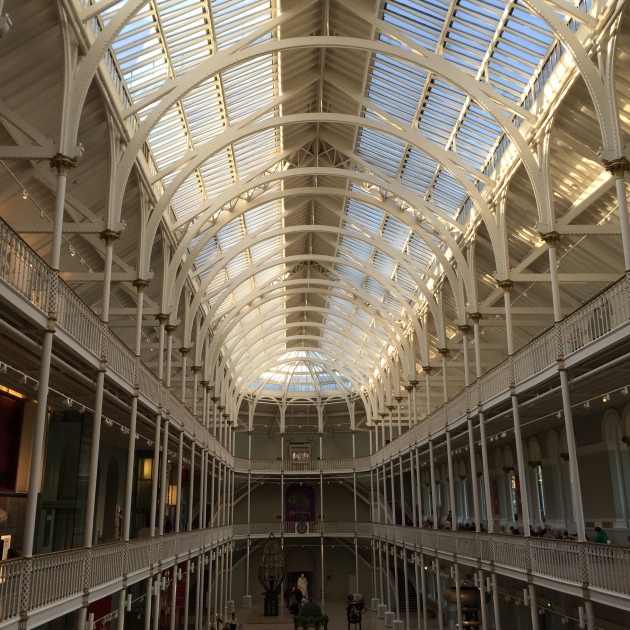 National Museum of Scotland. We visited this fantastic museum twice on our break. First we wandered happily round the excellent Scottish history galleries, which complemented our morning trip to the Castle really well. Such a beautiful building as well, the central glass section was filled with light even in December. 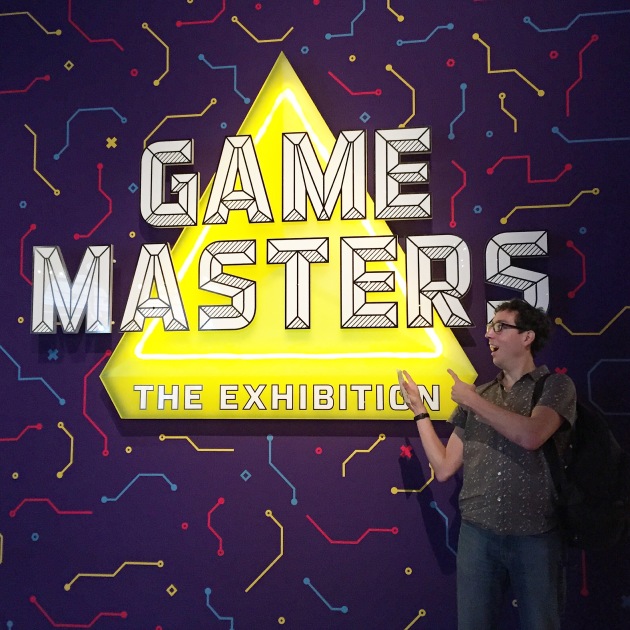 Completely by chance the exhibition Game Masters had just started (and is still on until 20th April 2015 if you get the opportunity). This looks at the history and development of video games, and is completely interactive with playable games – everything from PacMan to Singstar. This was perfect for Will’s birthday weekend, as he is quite a keen gamer, so we got tickets for the next day.

The exhibition feels like a free arcade, with interpretation boards detailing the games creators and the effect on gaming. It’s a real mix of classic arcade games, quite involved ‘serious’ games, interactive games such as Rock Band and modern phone games. I’m not a particularly keen gamer, but I was amazed how many of the mid-90s games I remember from people playing at school, or round at friend’s houses, even if I never played them myself. It shows just how much impact games have even if you’re not a gamer. This exhibition is great fun, as basically, you can just play lots of games (and watch others play), it’s hard to find fault with that! I particularly enjoyed the amount of Proclaimers going on in the SingStar booth! 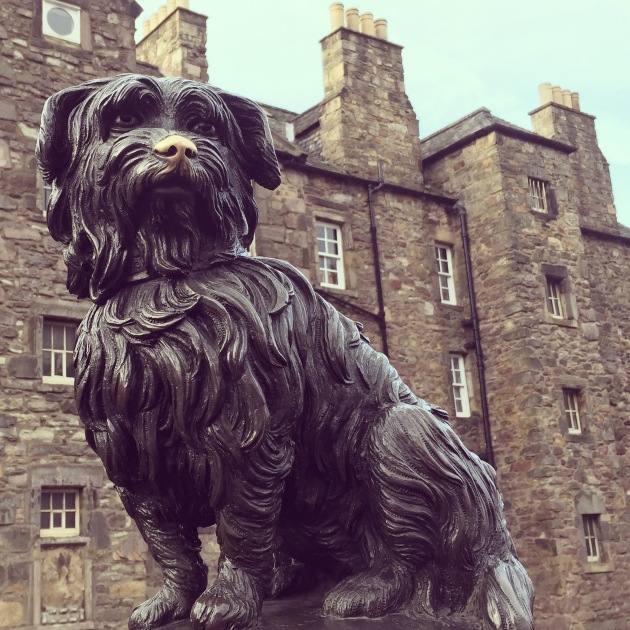 Walking the Old and New Towns. I have to say one of the highlights of the weekend was wandering round Edinburgh more generally. We didn’t venture much beyond the centre around the Old and New Towns, and out of these I have to say I think I liked the Old Town more. It did rain when we were walking through the New Town though so maybe I’m biased! The Old Town’s streets are at different levels and along with all the little steep stepped short cuts it feels very unique.

The Old Town also has Greyfriars Bobby – who can resist this little chap? He was said to have stayed loyal by remaining at his master’s graveside in the nearby Greyfriars Kirkyard  for 14 years. Someone started the rumour that you’re supposed to rub his nose for luck, and now it’s gone a bit shiny!

Spirit of Thai. With the proviso that I’m by no means an expert on Thai food, we had a fantastic birthday dinner here. So tasty and good value, I made a mistake in ordering starters as well as mains – I needed a little walk just to recover from eating so much food. 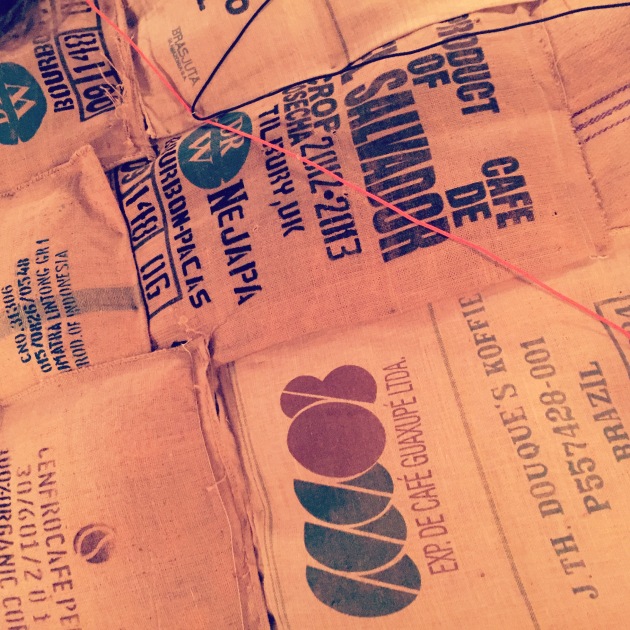 Cairngorm Coffee Company. Tucked away down some steps, on a side road just off George Street, this was one of those wonderfully serendipitous finds. Will claims it was the best cup of coffee he’s ever had, and the tea and cake were gorgeous too. It has such a quirky interior decorated with coffee sacks, and you can buy their single origin coffee beans as well. 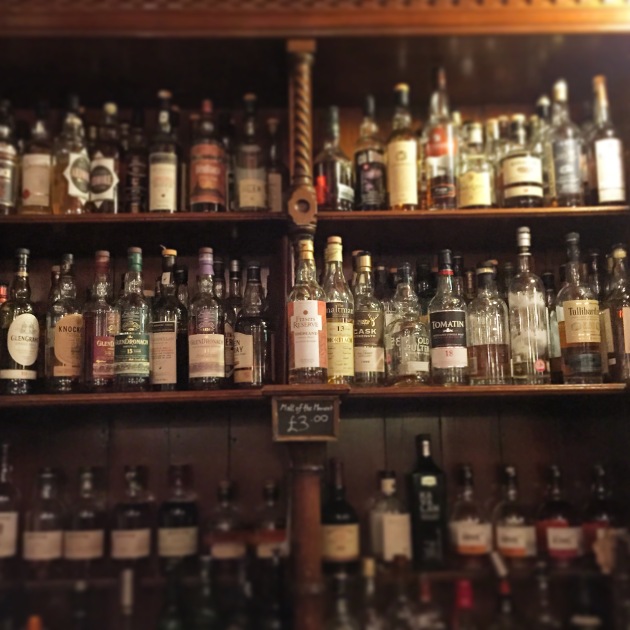 The Bow Bar. My Dad goes fairly misty eyed when he talks about this real ale and whiskey bar, so we felt we had to visit. Shows you should pay attention to your Dad, as this was a great find, we ended up returning two evenings in a row, and with a selection of over 200 whiskeys, Will saw in his 30th with style (he didn’t sample all of them, but made a good effort). This little pub is very much no frills, but had a great atmosphere on a chilly Saturday night. If whiskey or ale isn’t your thing, there’s also an extensive gin menu. 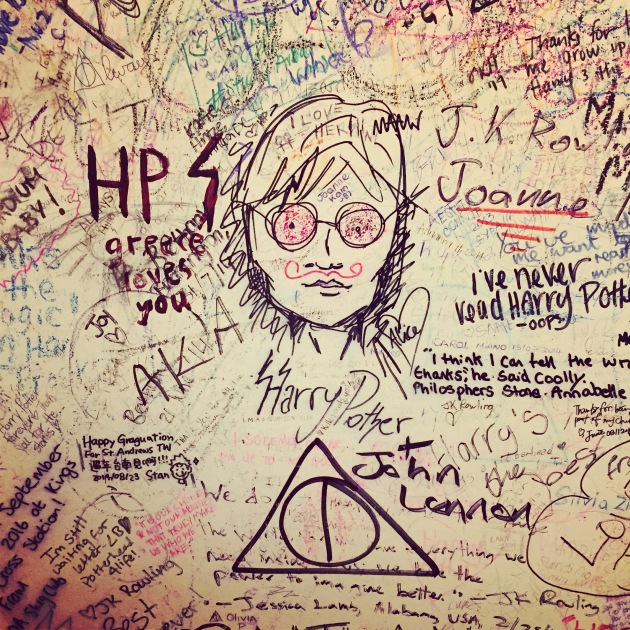 The Elephant House. A cafe which is also a tourist attraction is my kind of tourism! Most things are improved when food is involved. This is a fairly standard nice cafe, with good coffee and a lovely sandwiches (and looked like lovely cake too), but it is a little bit special as it was where J.K. Rowling wrote the first Harry Potter book. Going into the loos was a surprise as they are pretty much a shrine to everything Potter, with hundreds of graffiti messages from visitors across the world. I am an unashamed Potter fan, and have seen this place on documentaries, so I thoroughly enjoyed my lunch, and taking dorky tourist photos! 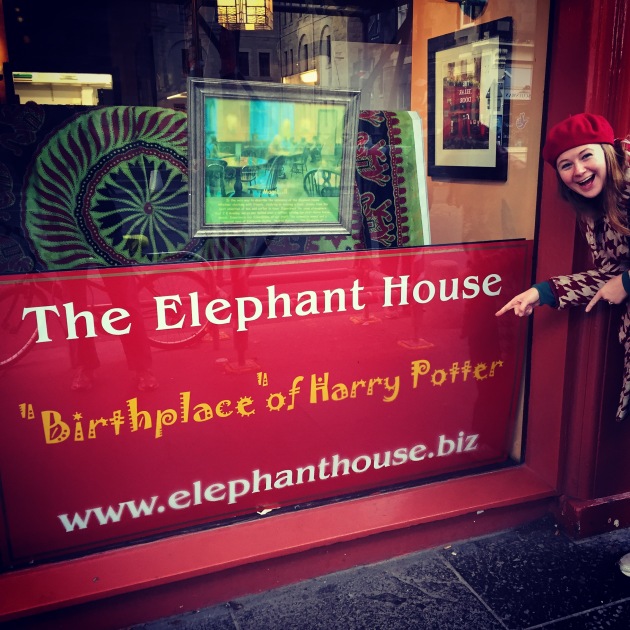