It’s taken me ages to write this up as I’ve been fighting off a nasty cold for the last few weeks. Here is my January photo an hour entry, thanks to Louisa over on Duck in a Dress for organising.

9.14 am – again I only spotted it was a photo an hour in the morning thanks to Janet and Sarah on Instagram. Purely by chance we were trying a Felicity on a new reflux medication after spending most of the December photo an hour at hospital waiting to be seen by a paediatrician about the same issue. The previous drug really disagreed with her as she ended up screaming both the times we gave it which was horrid. I was very nervous about this new tablet as a result and we’d just tried it for the first time just before this picture was taken.

9.59 am (counting as 10 am, I was a bit keen) – I can be wonderfully lazy on weekend mornings and start the day a bit slower than during the week when I always try to be showered at least before Will leaves. Felicity doesn’t really like to be put down at the best of times but she loves classical music (and I’m not being a weird pushy Mum saying that; I’m as surprised as anyone given my and Will’s lack of musical abilities), and she’ll stay calm for a bit in her bed when I put this album on. It usually means I get twenty minutes reliably to throw some clothes on, and this morning was no exception. 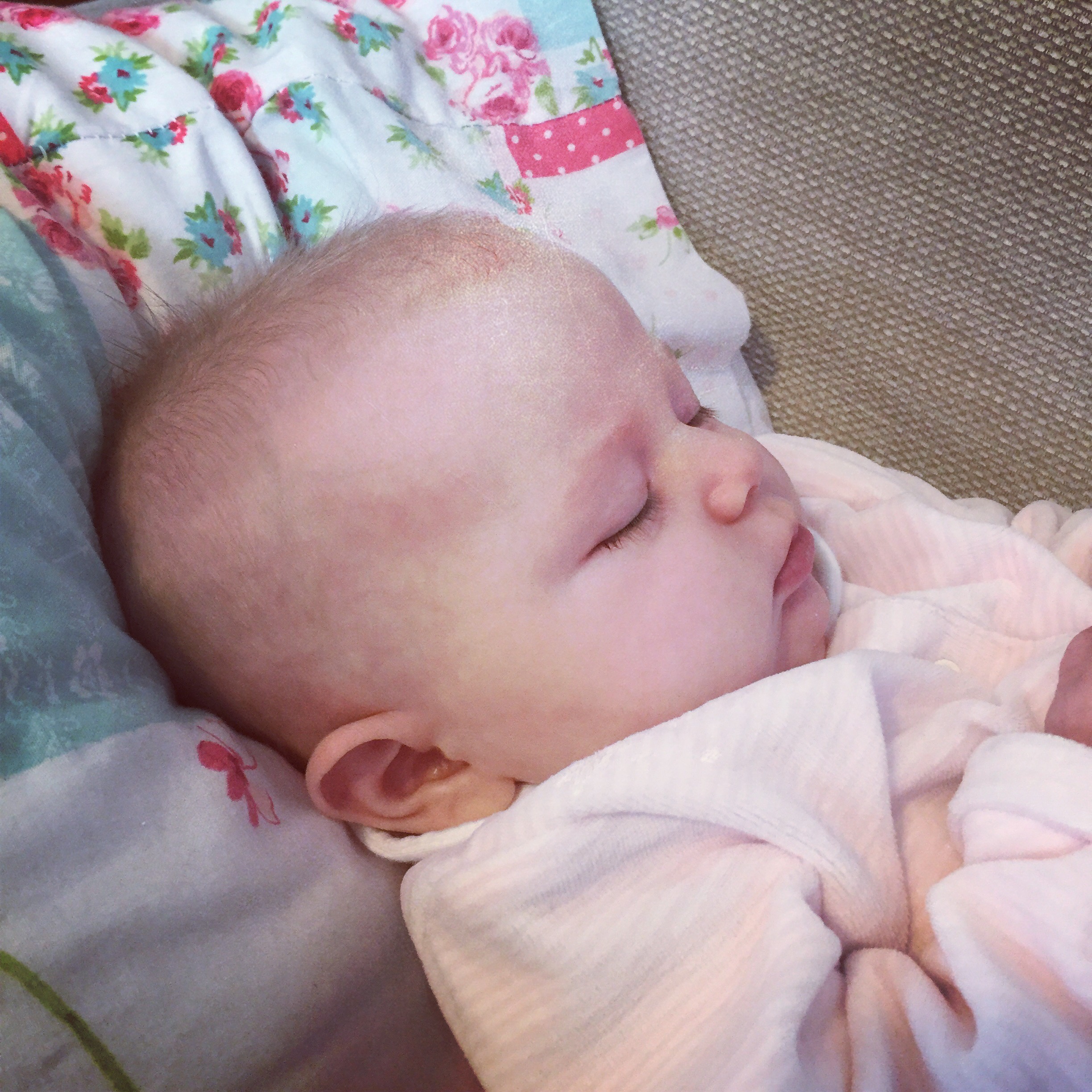 11.15 am – this was the first major positive impact we saw with the new pills. Naps in the day had become a bit of a battle, but here she was not only asleep but still asleep after I’d transferred her out of my arms – absolutely amazing! We were trying to get too excited at this point and tell ourselves it might have been a fluke. 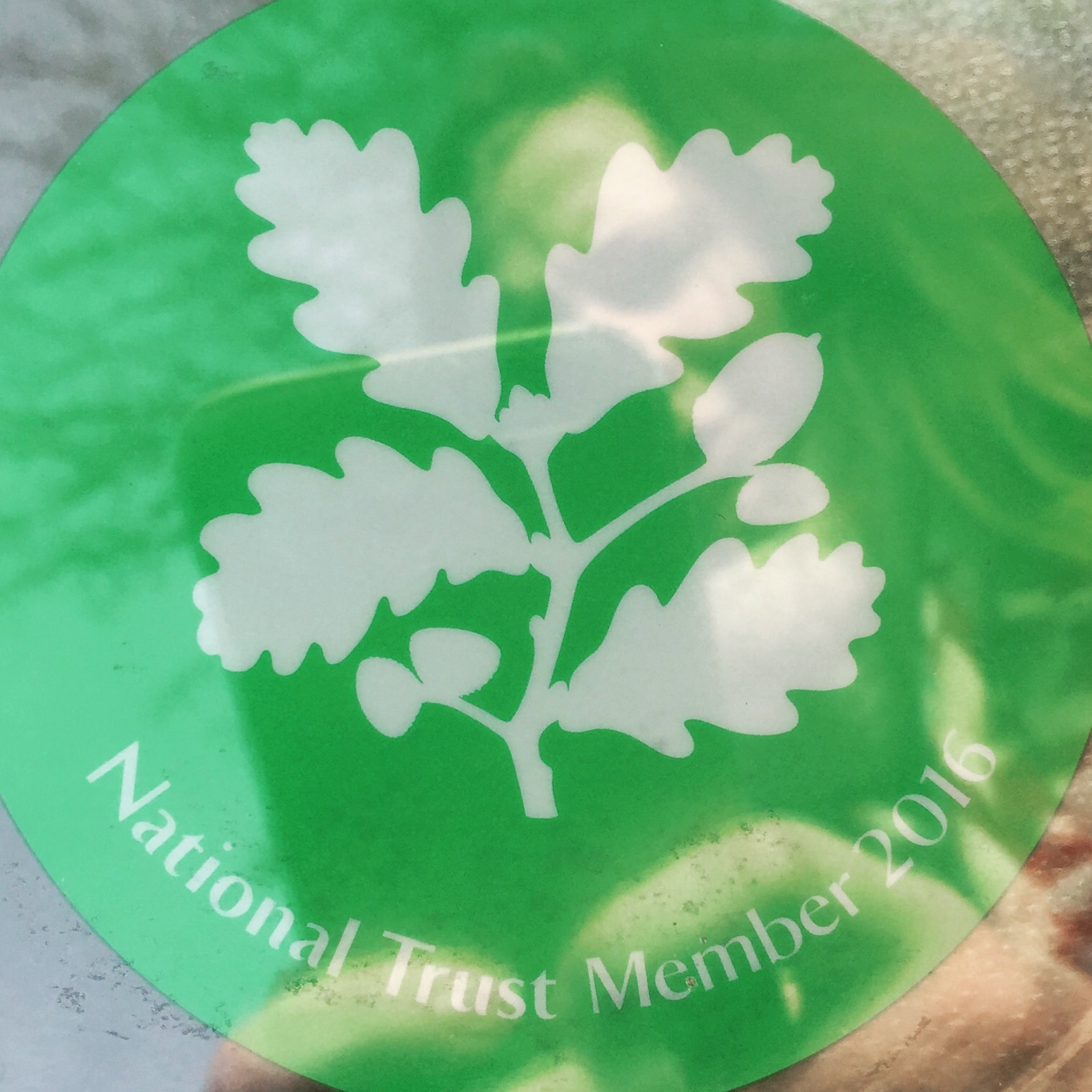 12.05 pm – a bit later than planned, as no way were we going to interrupt nap time, we headed over to a local National Trust property, Wimpole Hall and Farm. We broke out our National Trust membership sticker for the first time this year.

1.30 pm – after having a bit of lunch as soon as we arrived we went off to explore the grounds. It was a gloriously sunny day and I was delighted to discover that we now get free entry to the farm as well as the grounds, even as members you had to pay a bit towards entry before. I intend to make use of this a lot during the Spring and Summer! Fliss probably won’t be bothered, in fact she slept her way round the farm quite spectacularly, only waking up to look faintly surprised at her first sight of a donkey as we headed out. I will enjoy the baby animals though! This picture was snapped on the way out – I can’t quite believe that daffodils are out I January. It does make me happy that Spring is so clearly on the way. But daffodils out before snowdrops definitely demonstrates just how spectacularly we’ve already messed up our natural weather systems.

2.10 pm – Fliss was still asleep (we think she must have been chronically overtired from being uncomfy with her reflux for so long, poor little thing), so we took the opportunity to stop in for some coffee and cake at the tea shop at Winpole before heading home. Also there has to be at least one hot drink photo in photo an hour after all!

3.50 pm – home and a feed. I am so glad I was able to establish breast feeding with Felicity without much trouble. It’s the most relaxing thing.

4.40 pm – a lovely lady at a local sling meet had lent us a stretchy wrap to try as our Baby Bjorn carrier is starting to hurt my back as Fliss is such a weight now. It takes a bit of fancy tying so I had a practise whilst Will was at home to hold Fliss while I faffed about.

5.20 pm – even though she’s still a bit little, Flissy loves her jumperoo bouncer so much we can’t resist putting her in for the odd five minutes.

6 pm – Felicity is now really reponding to books, which is just lovely to see (and I intend to blog about this soon). This one is admittedly still a bit grown up for her, but I love the illustrations. I’m also amazed at just how balanced the pictures are considering it was published in 1982. There are upfront pictures of breastfeeding, of Mum going out to work and Dad doing the housework. It is depressing how refreshing this is to see thirty years later. 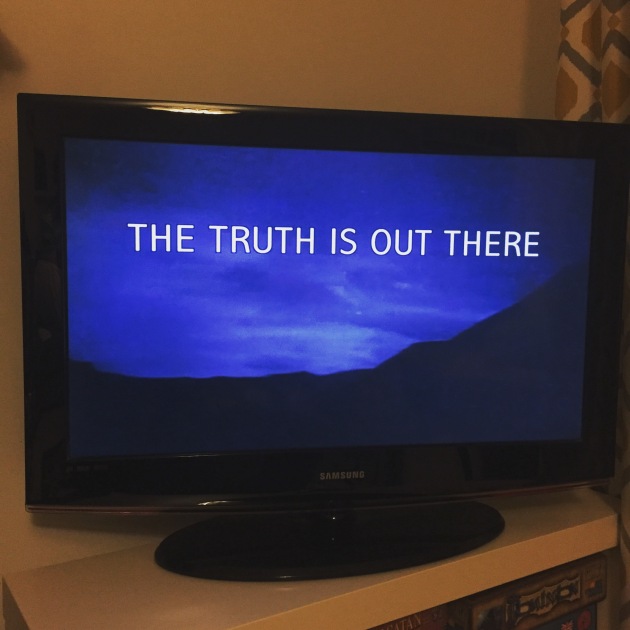 I was so pleased when I noticed Janet’s first Instagram of the day on Saturday, taking part in #photoaday. I’d always wanted to participate but had always forgotten or not realised the date. Saturday turned out to not be the ideal day as we ended up spending a fair bit of time at hospital (nothing at all serious) with Fliss, so couldn’t really take many photos. Anyway, here we go!

9am: We’re not getting much sleep at all at the moment as poor little baby has some tummy troubles which we think means she needs the comfort of being held whilst sleeping if she is to get more than about half an hour at a time. We’re sleeping in shifts as a result which meant we were both more bleary eyed than she was when this picture was taken. 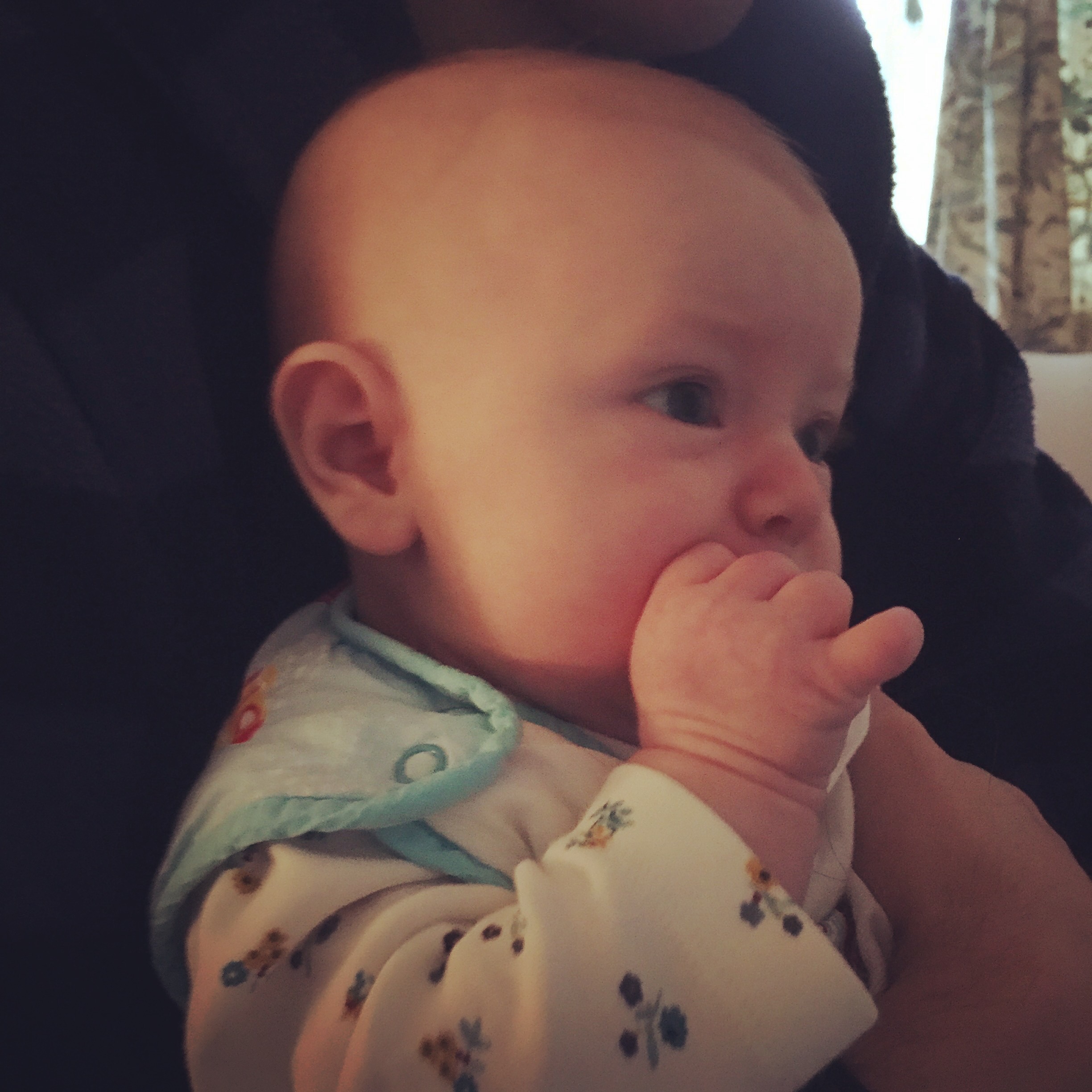 10am: On the way to hospital in the car. I’d even managed to put make up on which is a big achievement at the moment!

11am: Sitting on the ward waiting to be seen by a doctor. I like the cheery pattern on the curtain.

12 noon and 1pm: Serious lack of ways you can appropriately take pictures on a children’s ward. Still waiting for doctor so Fliss fell asleep on my lap after a feed. 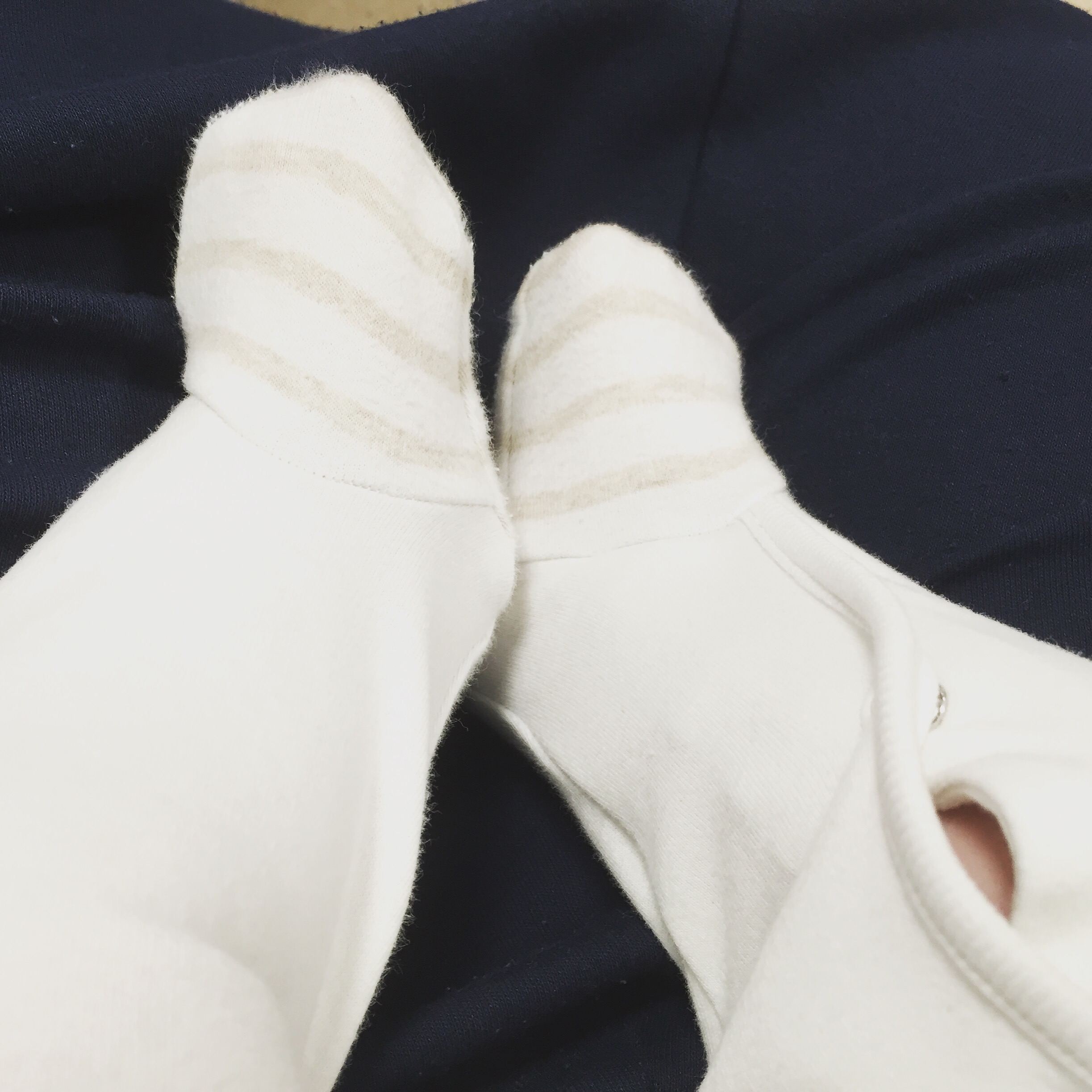 2pm: We’d seen the doctor, got a prescription and collected it so were heading out of the hospital. It may have taken a while at the hospital but the GP only referred us on Friday and we were able to go to a drop in on the Saturday. I think this is pretty impressive so am, as ever, so grateful we have the NHS.

3pm: We’re home, and so nice to be cosy with the Christmas tree. 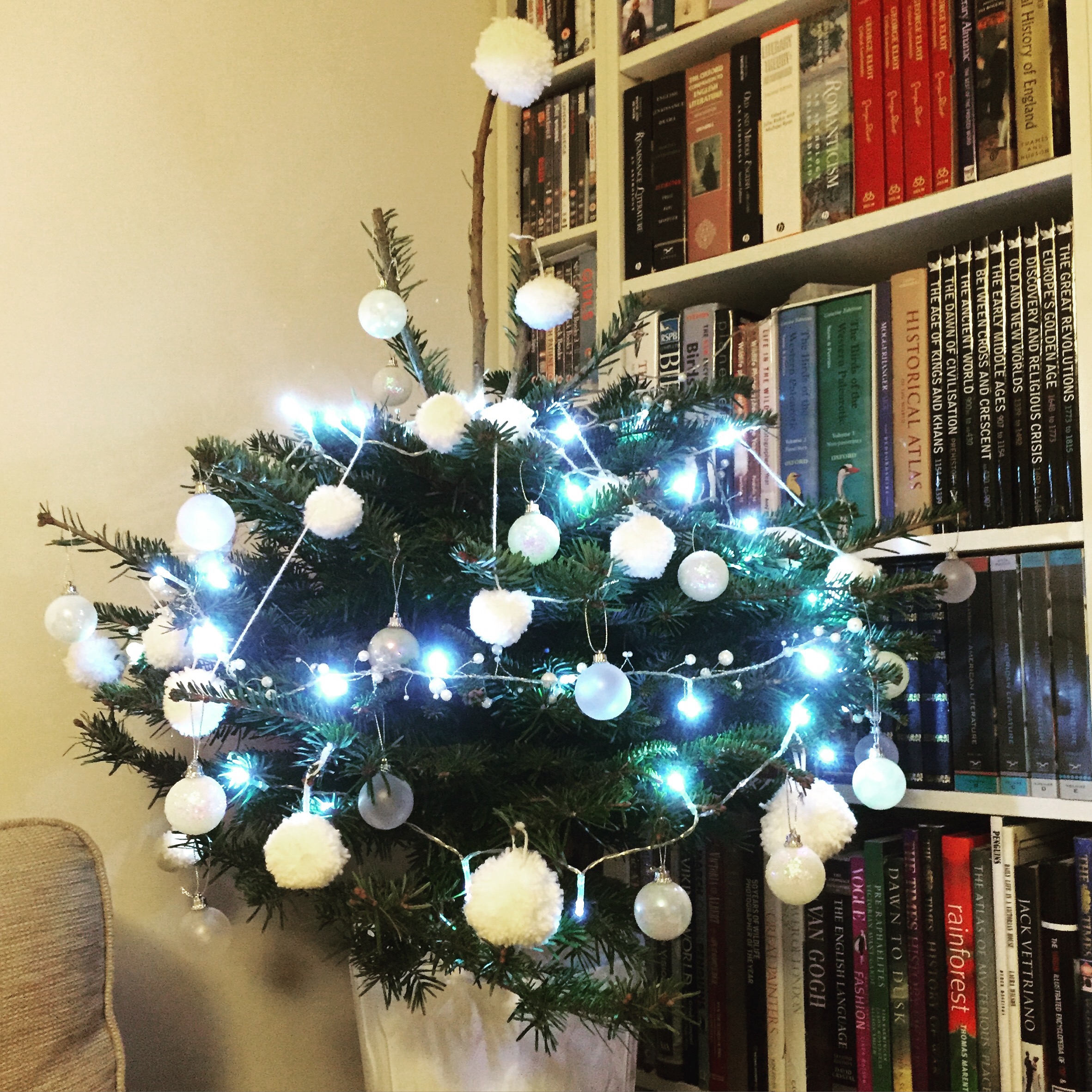 4pm: We were seeing friends in the evening and I hadn’t wrapped the presents for the children or secret Santa, so was doing them in a bit of last minute panic. 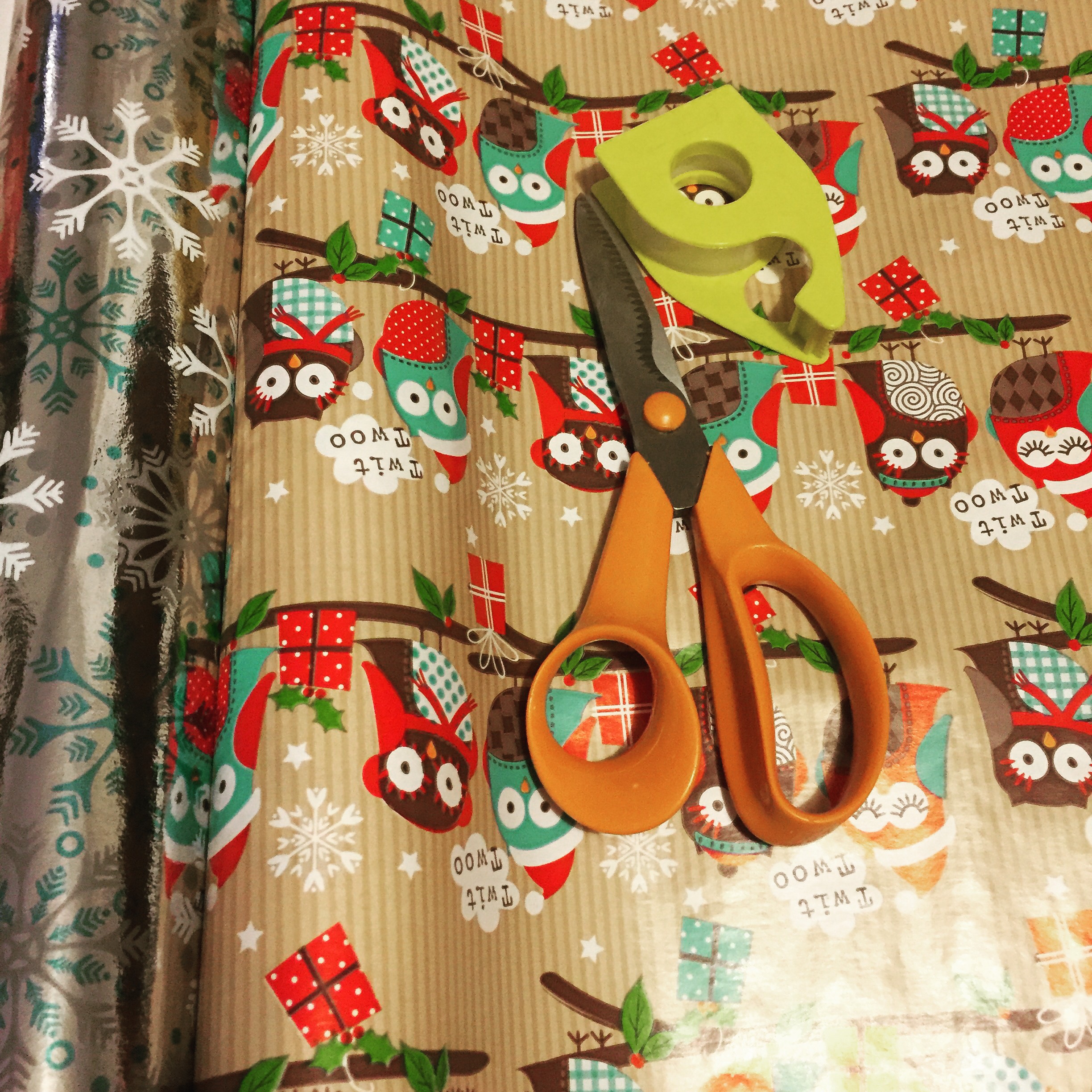 5pm: At the pub for my best friend’s birthday meal and general Christmas catch up with my oldest group of friends.

6pm: No photo as was too busy chatting!

7pm: Two pictures as missed 6pm. The menu at our local was amazing looking but I couldn’t resist the least fancy option of this burger. Then secret Santa presents! 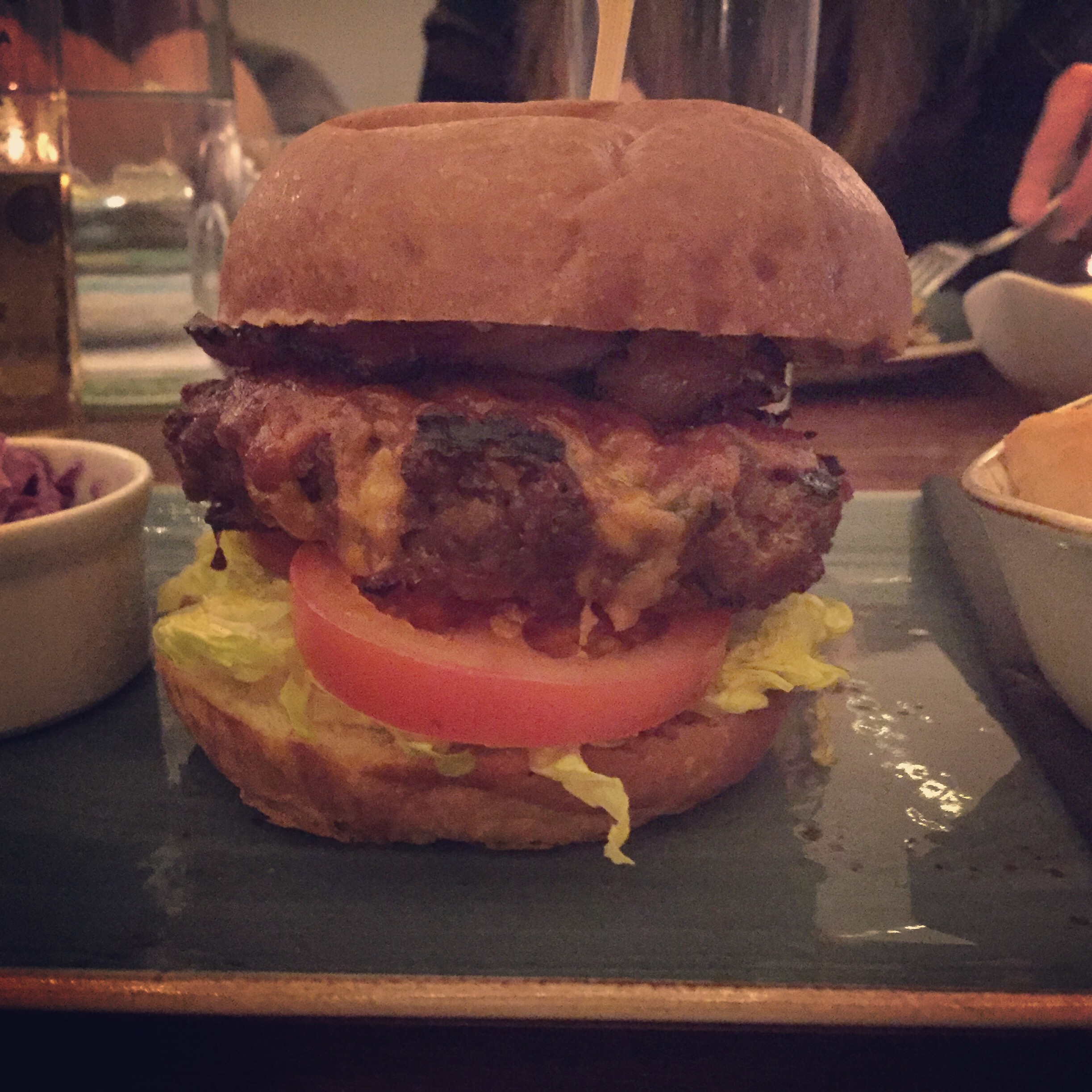 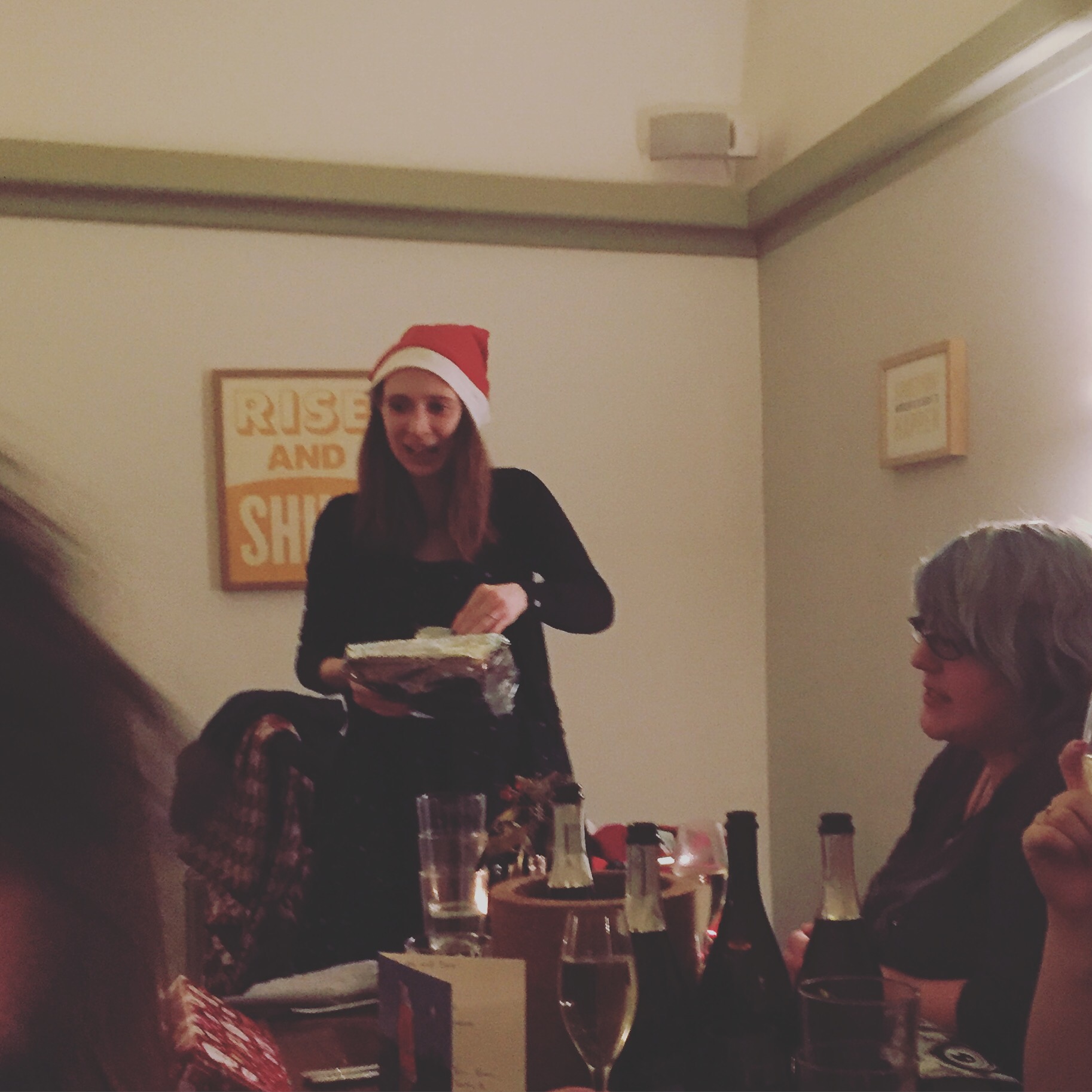 8pm: It was my birthday the next day and along with Christmas presents for Flissy we were embarrassingly laden with gifts as we left and headed home. Felt very loved by our wonderful friends!

9pm: As a birthday treat I got to go up to bed for the first shift of sleep (we take it in turns). This didn’t work – I was up almost immediately – as the medication we’d got earlier in the day obviously didn’t agree with baby as she had a massive crying spell almost as soon as I’d turned the light off. She wanted to feed for comfort which Daddy can’t do unfortunately!

#blackouttuesday Black lives matter.
Look what our street looks like 🌈 #lockdown #boriswalk
It’s my second picture of the #sixcolourbookchallenge and we’re on green including the classic Virago colour as well as the copy of Heart of Darkness that all the first years were tortured with during my undergraduate degree. Also I have finally finished the last in the Wolf Hall/Thomas Cromwell trilogy so had to include that. It was very epic at 900 pages and I think the lack of Anne Boleyn made it slightly less enjoyable than the previous ones but I would still recommend it.
I was nominated for the #sixbookscolourchallenge by @jen_h_shelton and I started off with aquamarine as I love the Penguin Modern Classics branding. A few absolute favourites here including my much beloved Howards End - an excuse for why it’s so battered - and a newer favourite The Salt Path. I nominate anyone who fancies having a go!