I love making things to mark special events, I went a bit crazy on DIY details for our wedding. Impending motherhood had a similar effect. Major life events demand a bit of thought and time spent on making things for me! There is something so timeless about the feeling of knitting for baby and nesting to get your home ready for the new arrival as well. It was a way of mentally preparing as much as producing things I think.

I crocheted, knitted, sewed and stamped away throughout my pregnancy (well once the morning sickness wore off!) 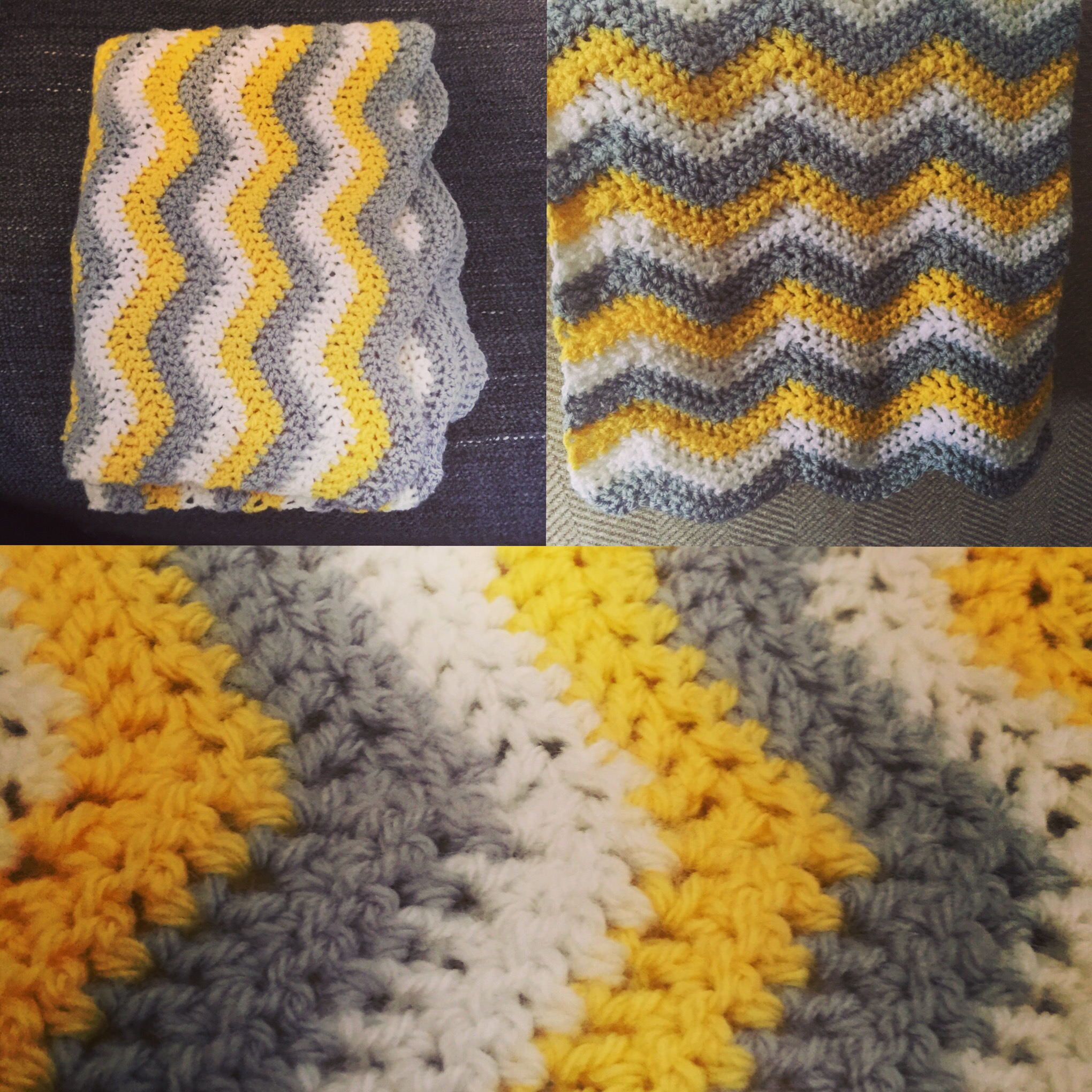 I’m still incredibly pleased with the colour choice for my chevron baby blanket from this pattern.

The next make may not be the most useful of baby attire, but I couldn’t resist this bumblebee hat pattern when I saw it! Felicity hates hats so not sure how much wear it will get but it’s quite adorable so I’m counting it as a win. 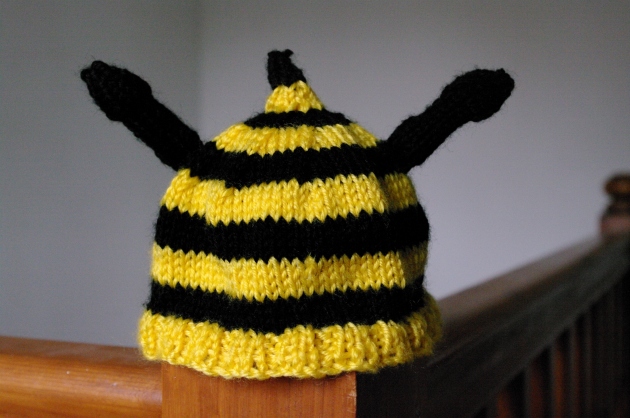 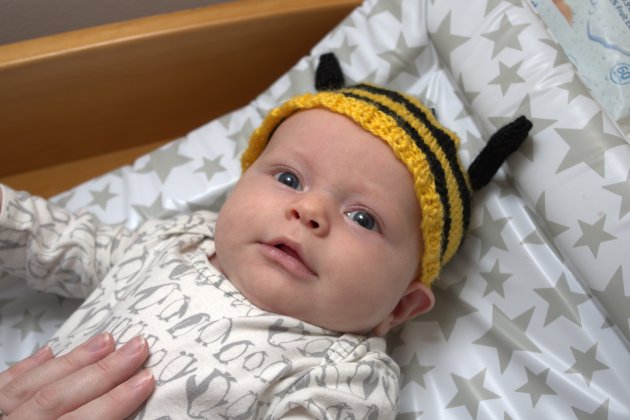 The last thing completed before Felicity’s  arrival was a felt mobile which I designed based on some inspiration from Pinterest. The most difficult bit of this was definitely getting the threads and wool round the embroidery hoop – the sewing was easy in comparison! She has a mixed relationship with being put down – but it does distract her from the trauma of changing (well sometimes…)

I loved the idea over on Seeds and Stitches of quick baby makes using fabric ink and rubber stamps. I’ve personalised a good few Muslins, body suits and scratch mits. It’s such an easy make. Can imagine it would be a great baby shower activity idea as well. 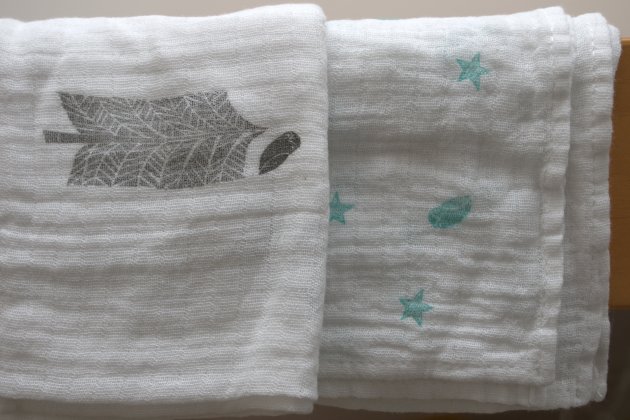 I’d held off knitting the traditional cardigan for baby as so many people had kindly said they’re knitting ready for baby. I cracked a week before my due date though and started on this adorable pattern. It hasn’t got finished yet and my hands seem rather busy with other things now so I fear it will get left a little while and will probably end up as a present for someone else! 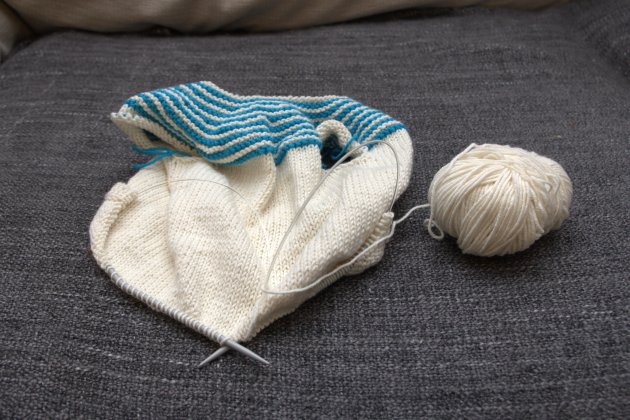 I haven’t been as crafty as I’d like in the last few months of 2014, so 2015 is going to be my year of craft. I want to properly get to grips with my sewing machine, crochet a blanket and try to be organised enough to hand make a few presents.

The last few months of 2014 haven’t been a total making wasteland though, I completed my first proper crochet project by making a scarf. I’ve also made a few wedding photobooks for family as Christmas presents – they went down really well but were quite time consuming to put together. We’re planning to carry on with photobook creation though as it’s so lovely having the photos in a physical book, rather than on the computer. So we’re going to make one for each year, so we eventually build up a little library of our lives together, like old fashioned photograph albums. We’re going back and doing them from 2012 at the moment, making use of some January sale discounts. 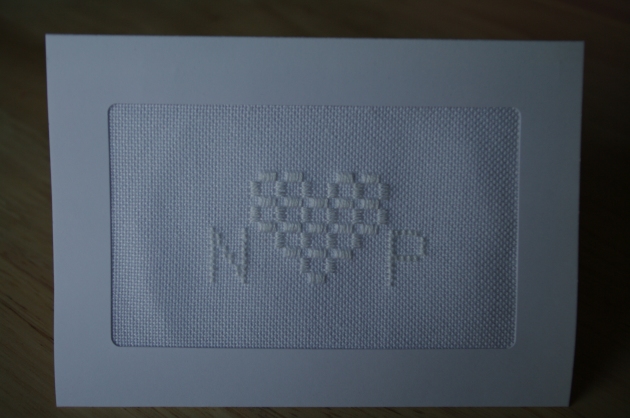 I have also got back into a bit of basic embroidery and cross stitch, which I used to do lots of stopped as it started to get a bit dull. I picked up my hoop and needle again though when I wanted to create an engagement card for a few friends, and thought hardanger style white work would be perfect. I customised a basic heart shape with the couples’ initials. They were quick to sew and are hopefully something they can keep. I need to remember to create something more elaborate for their wedding cards now! 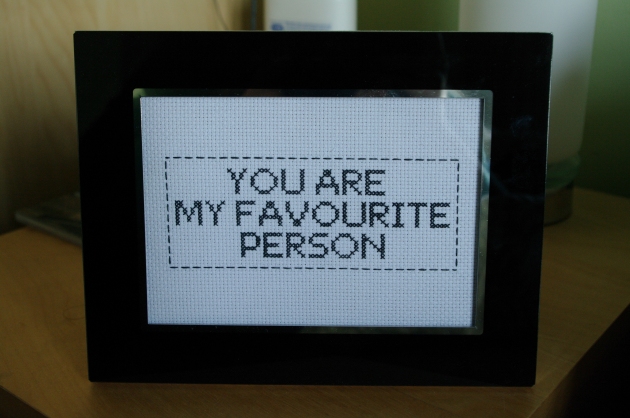 I also used this brilliant cross stitch website to create a pattern for Will’s birthday present. The website lays out lettering into a cross stitch pattern automatically. The quote I used is a paraphrase of a line from the poem Will’s sister read at our wedding. It now sits on Will’s bedside table, so I think he likes it! 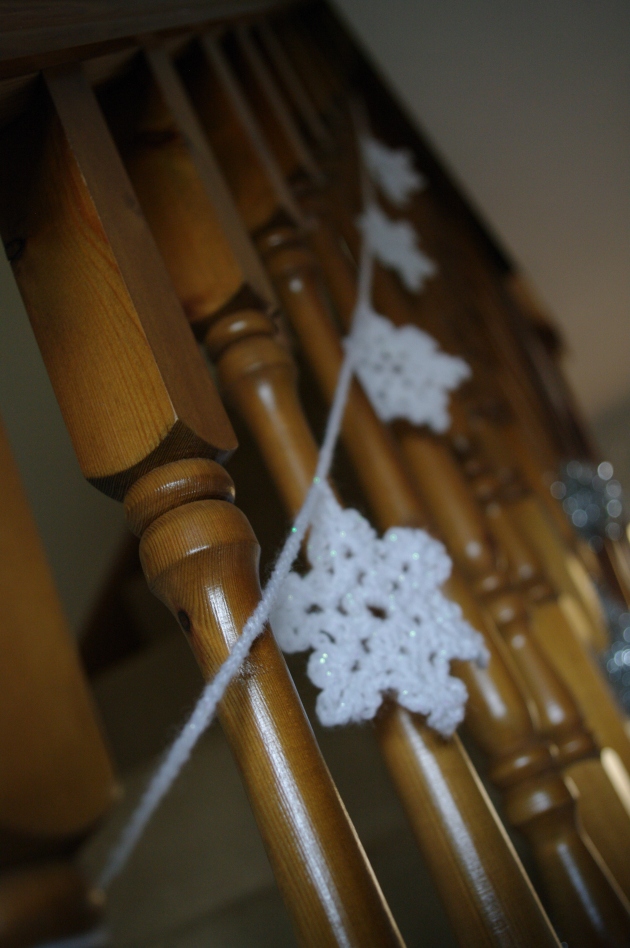 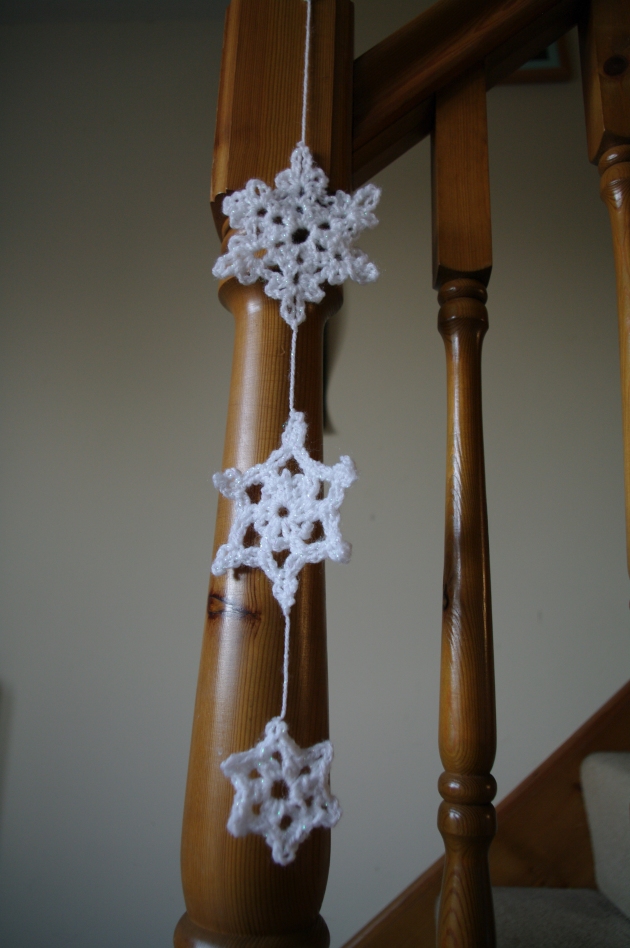 Finally, I went a bit crazy with some cheap sparkly wool I found in Poundland, crocheting lots of snowflakes from this Attic 24 pattern as well as one in an old crochet magazine. I made them into garlands for our stairs. 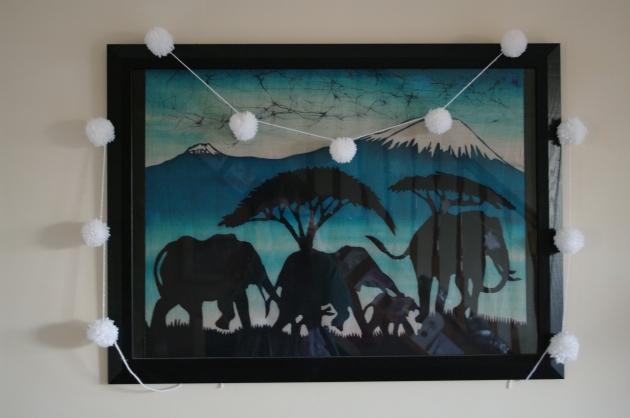 I also broke out my new pom pom makers to create snowball garlands – they look so fuzzy and cheery!